I attended the Microsoft //build/ conference last week. This was the public world’s second introduction to the next version of company’s OS, Windows 8. It was also the first time that any real depth about the product was provided. The general consensus from those I spoke with was they were very pleased with the features shown.

First, and most obviously, the Metro style from Windows Phone 7 has been brought forward as the primary user experience in Windows 8. Along with that, the OS has been optimized for touch but the stylus, mouse, and keyboard are all still supported. 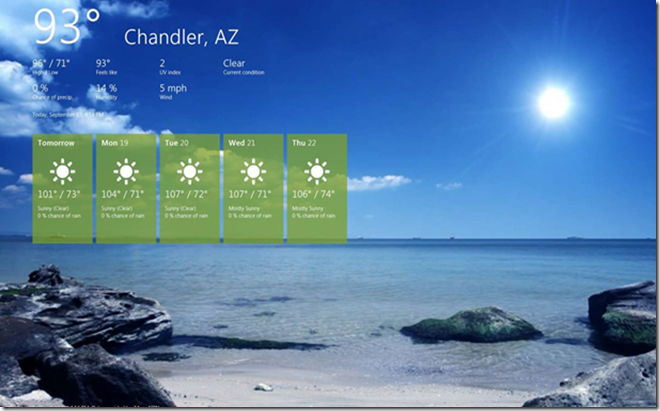 Note: It was pointed out that the correct capitalization is “Metro style apps” with a lowercase “S” on style and a lowercase “A” on apps.

The Start button has been morphed from a popup to an entire screen that consists of 1x1 or 2x1 “Live” tiles. 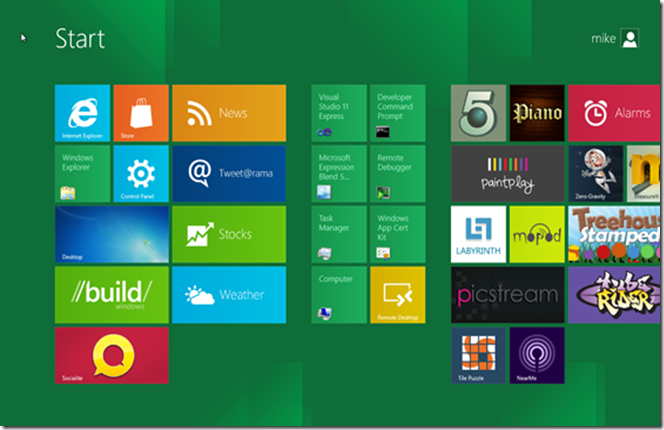 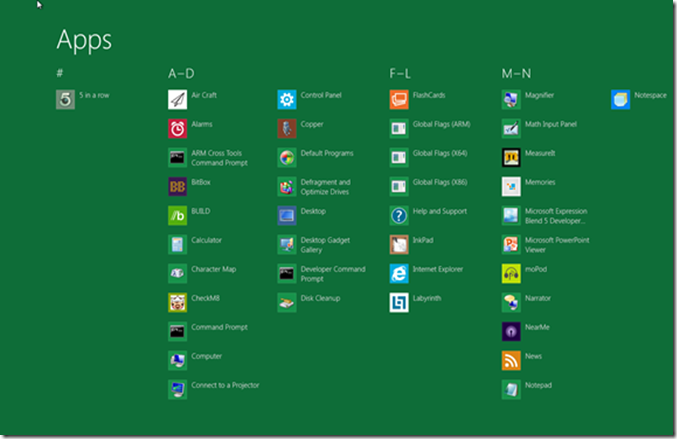 You can imagine that this screen could become quite crowded once a user starts installing apps. To help with this, Microsoft has introduced Semantic Zoom. Semantic Zoom used the “pinch zoom” gesture but instead of making the image larger, the entire view can be changed, providing something that is useful.

Using Semantic Zoom on the Apps page changes the view to: 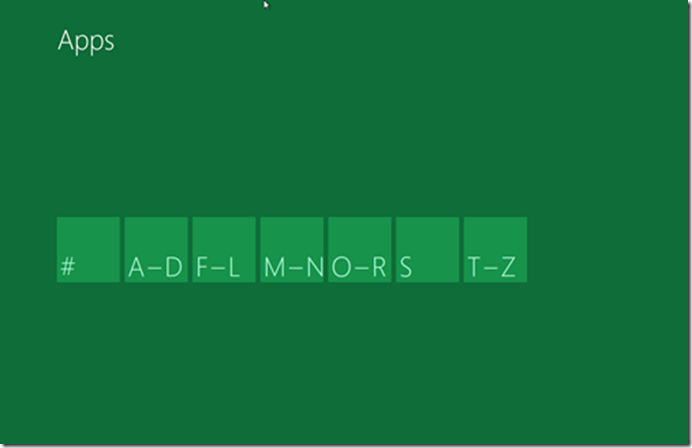 Semantic View was demonstrated on the Start page for the keynote, but it has been disabled in the Windows 8 preview that Microsoft released to the public.

The content of the tiles can change to reflect information that is important to the user. The intent is to create a personal connection with the user. For example, the Stocks application will cycle the most recent information for each stock symbol that the user has added to the application. This will continue even if the application has been suspended. 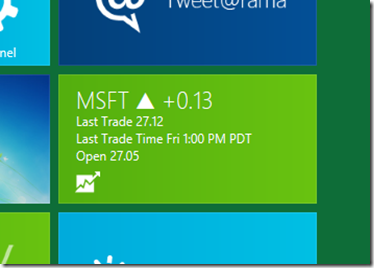 Yes. When the user navigates away from an app, the app will be suspended. The app will be notified that it is being suspended and given an opportunity to save any transient state. When the app is launched, it will be given an opportunity to restore that state. This is the Tombstone functionality that is currently used by Windows Phone 7 applications.
There is no concept of closing an app within the Metro style. Windows 8 will take of that for you.

A controversy was created when Windows 8 was first introduced to the public. Microsoft announced that HTML5 and JavaScript were the tools that would be used to create the new Metro style apps. At //build/ we learned the truth: Use what you know.

“Use what you know” was the tagline attached to the conference title and the message that Microsoft was delivering. At //BUILD/ Microsoft introduced a new development platform for Windows: Windows RunTime or WinRT. Using WinRT, a developer can create Metro style apps using: 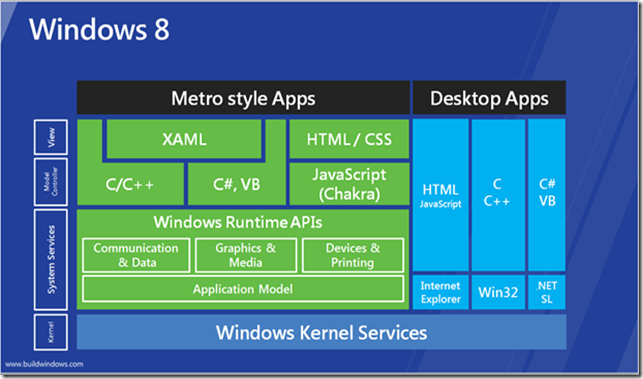 The best way to think of WinRT is as the Base Class Libraries for Metro style apps.
I plan to do another article that addresses WinRT.

.Net is still an applicable platform for developing both Metro style and Desktop (think traditional) apps. Not all of the .Net framework is exposed when developing a Metro style app. Where there is functionality that is duplicated with WinRT, or not allowed, those .NET APIs have been hidden.

Is a Metro style app written in HTML5 & JavaScript accessible via the browser?

Nope. A Metro style app is not a web page. They must be installed from the App store (consumers) or side-loaded (Enterprise).  Don’t let the HTML5 & JavaScript fool you. This is just the choice of presentation platform and language. It is no different from choosing XAML and C#.

The keynotes, and most of the sessions, were recorded and are available on the //BUILD/ website (www.buildwindows.com).
The preview of Windows 8 can be downloaded from the Windows Dev Center (http://msdn.microsoft.com/en-us/windows/apps/br229516). One download contains a preview of both Visual Studio Express 11 and Expression Blend. If you’d rather install them yourself, you can download them separately from the Visual Studio website: (http://www.microsoft.com/download/en/details.aspx?displaylang=en&id=27543).